Daphne Major is a short and sweet Galapagos visitor site, close to Baltra airport. While unlikely to be one of your top Galapagos vacation highlights, there are some unique and interesting elements to a Daphne Major tour. Daphne’s big claim to fame is as location for the Pulitzer Prize winning book: The beak of the Finch. The humble Darwin Finch that lives on Daphne Major has been studied for over 40 years, and played an interesting role in scientific breakthroughs. Daphne Major is also quite interesting geologically, and a great spot for Galapagos bird watching and diving.

Read on for everything you need to know to plan your visit to Daphne Major at Galapagos. What wildlife to see? Which sites to visit and activities to enjoy? Why is the Daphne Major Darwin Finch so important to natural history?

• Daphne Major island is home to various species of Darwin’s finches, including a unique hybrid. The most important and insightful scientific study into these famous birds was carried out here. 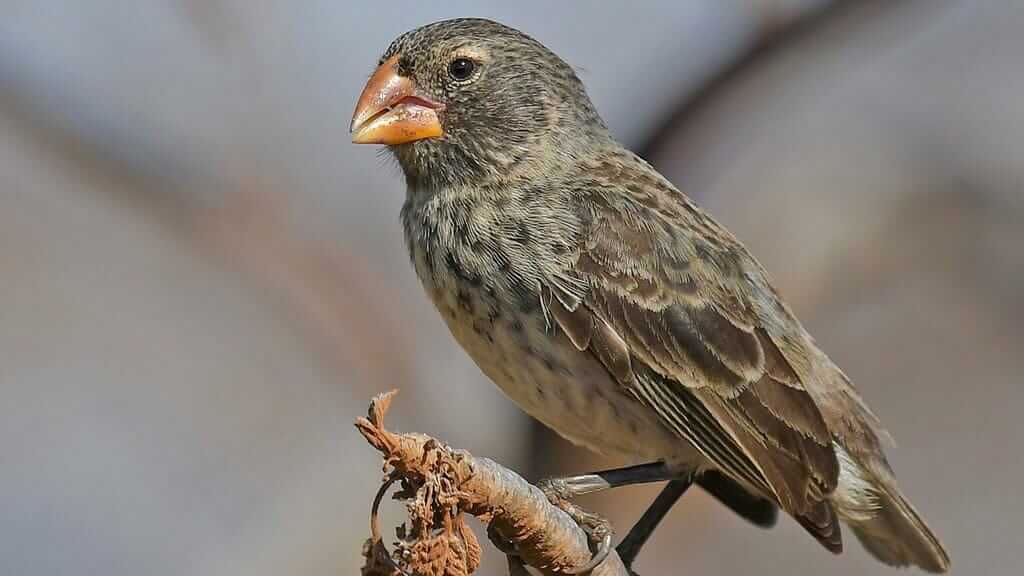 There are in fact two twin Daphne islands at Galapagos: Daphne Major & Daphne Minor. They are located close together, near Baltra airport where many tourists arrive and depart the islands. Only Daphne Major can be visited by tourists, and is included into some cruise or dive itineraries.

Daphne Major is an extinct volcanic tuff cone (or ash cone) whose peak rises 120 meters above sea level. What is a tuff cone? It is basically a large cone-shaped pile of volcanic ash. When an erupting volcano spews lava onto water, a plume of steam with very fine particles of ash is violently produced. This ash falls and settles around the volcanic vent to create a cone of ash. Over time the effects of weathering cause compression of the ash layer to form rock known as tuff. Daphne Minor is also a tuff ash cone.

Daphne Major island is largely barren, with a dry climate. In terms of plants Daphne Major is rather limited; there are no trees, with only cactus bushes, small shrubs and herbs growing here. But this is enough to support insect life, and as a result land birds too. 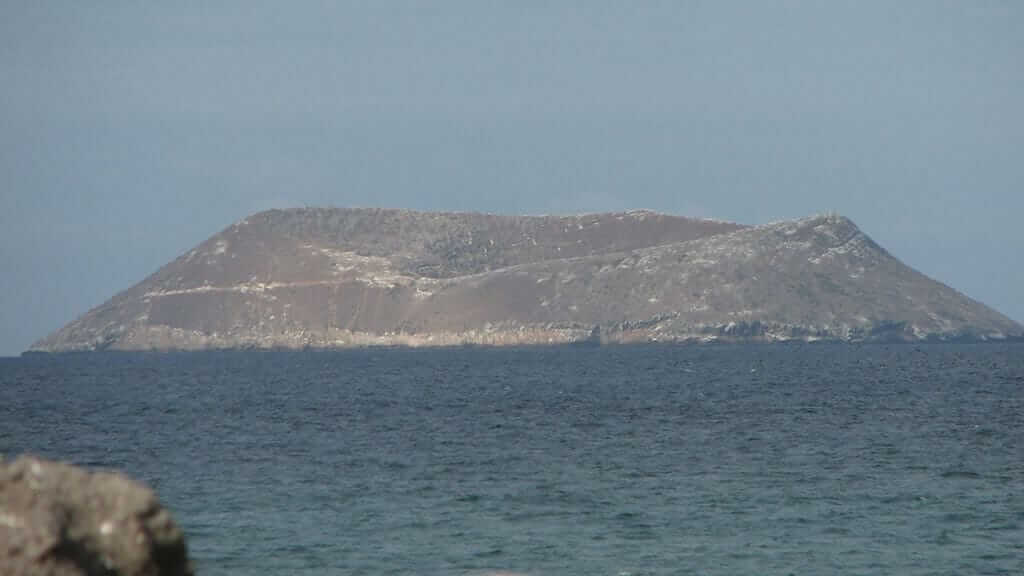 It’s not only Charles Darwin who is famous for studying species evolution at the Galapagos islands. British couple Peter and Rosemary Grant are recognised for their ground breaking scientific studies of Darwin Finches across 40 years on the island of Daphne Major.

The interesting thing about such a long study of a single species is that Peter and Rosemary were able to observe finches under different external conditions. It so happens that the year 1977 was a time of terrible drought on Daphne Major island. This had a devastating effect on plants and seeds, which knocked onto the resident Medium ground finch (Geospiza fortis) population. 551 days without rain led to very hungry finches!

But not all of Daphne Major’s Medium ground finches were affected equally. Those with larger beaks were able to find alternative food sources, using their beaks to crack open larger seeds. By comparison, many of the smaller-beaked birds could not adapt and died of starvation.

In 1978 the Grants returned to Daphne Major to follow up on their study. Remarkably they observed that the offspring of the pre-drought finches had evolved slightly larger beaks, a difference of 3 to 4% in beak size. This is a great example of Darwin’s natural selection in action. That is, the birds with larger beaks survive and pass that gene down to their chicks, in turn giving them a greater chance of having a large beak. But while Darwin had hypothesized that such adaptations take place over hundreds or even thousands of years, here we had a case of significant change over just 2 years!

Further studies in times of rain showed that this genetic adaptation could also be reversed just as quickly. With excessive rains the plant life on Daphne Major becomes more abundant. Small seeds are readily available to finches, and the process of natural selection favors the smaller beak again.

For more information about this fascinating study, pick up a copy of Pulitzer Prize winning book “The Beak of the Finch”, written by Jonathan Weiner. 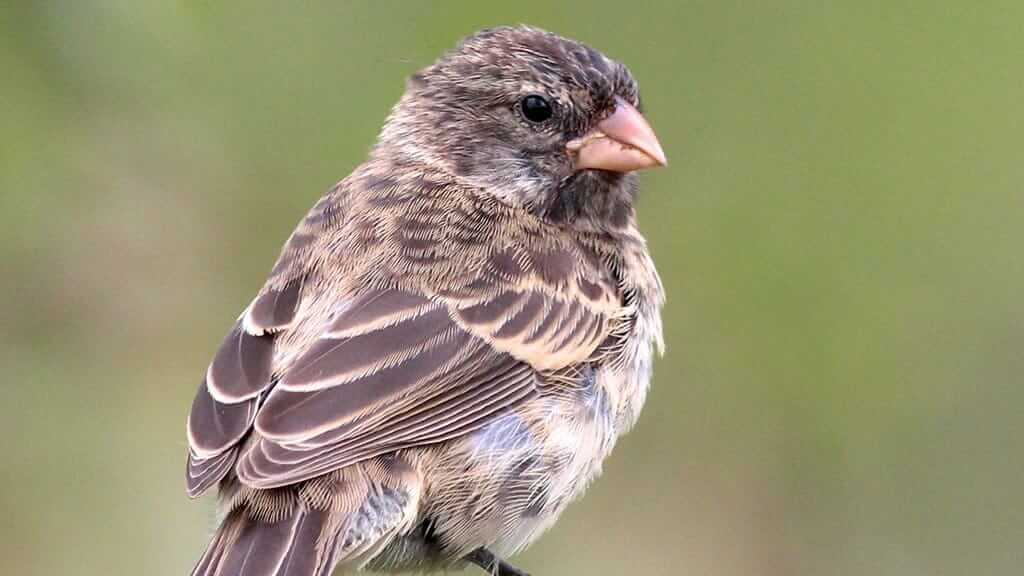 The impressive scientific discoveries of Peter and Rosemary Grant don’t stop there. In 1981 they spotted an unusual new finch that was both heavier than the regular Daphne Major medium ground finches, and had a different bird call. It also had the perfect size beak to eat both small and large seeds, as well as nectar and pollen from cacti. It was only later that they realised they had stumbled across a new hybrid finch species.

What likely happened is this ... over 30 years ago, a large cactus finch (Geospiza conirostris) from Española island lost its way and flew to Daphne Major. The new arrival stayed here and mated with a resident Medium ground finch. This process of hybridisation created a new finch lineage that is only found on Daphne Major at Galapagos.

This is actually something pretty amazing. It is the first time ever that scientists have been able to observe the evolution of a new species in real time, as the changes took place over just two Darwin finch generations.

How is the Dahpne Major finch faring today? Most hybrid species are sterile and unable to reproduce. Not so with the hybrid finch. They are able to breed, but only with other hybrid finches on Daphne Major. Despite being such a genetically inbred species they have survived rather well. In 2012, 23 individuals and 8 breeding pairs were counted.

Where is Daphne Major Island? 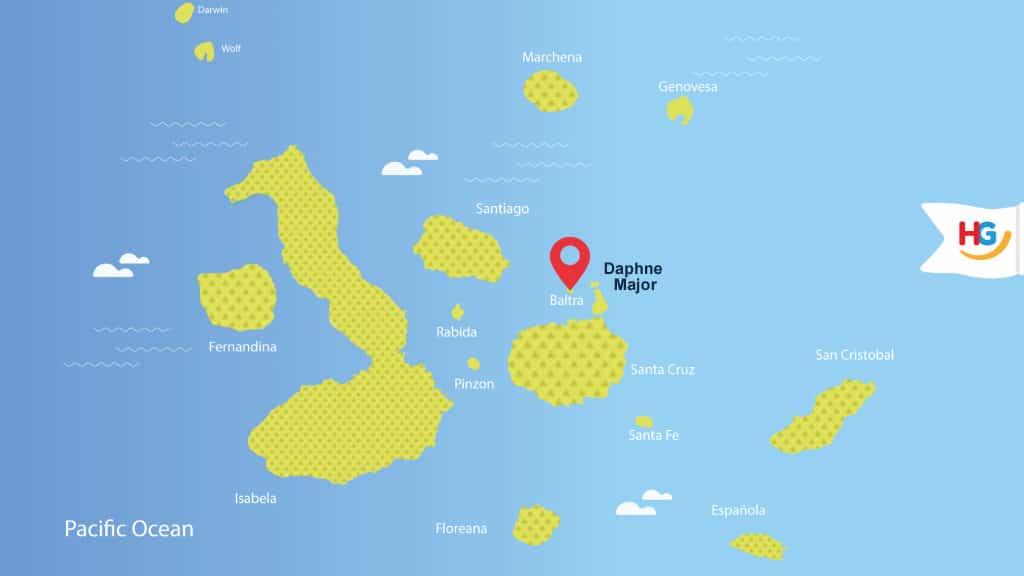 How to get to Daphne Major Galapagos? The best way to visit Daphne Mayor is aboard a Galapagos cruise itinerary. Be sure to check before booking to be sure that your yacht will pass this way. Even if Daphne Major is not specifically included in your itinerary you may well spot it in the distance from Baltra island. The other alternative is to book a day dive tour to Daphne Major dive sites. These operate from nearby Santa Cruz island, and can be included into a Galapagos Land Tour or Diving Land package.

Daphne Major is a pristine and fragile island that is very important for scientific study, so tourists are only permitted to land here with a special permission. As a result yachts usually include wáter based activities.

Most cruise yacht visits involve a panga dingy ride around Daphne Major’s coast, and some snorkeling.

The highlight of a circumnavigation around Daphne Major is the opportunity for bird watching. Many sea bird species nest on the steep tuff cone slopes, and many can be seen in the air or diving for fish here too.

The Daphne islands have two dive sites, one located at Daphne Major, the other at Daphne Minor. Both can be visited as dive tours from Puerto Ayora on Santa Cruz island and are suitable for beginners and advanced divers alike.

Daphne Minor is a mix of vertical walls, pinnacles, marine platform and a cave. There are a large quantity of benthic organisms living on the underwater walls of the island, giving a multi-colored backdrop to this dive experience. Sea horses drift around black coral, while Galapagos Sharks and sometimes even hammerheads pass through. 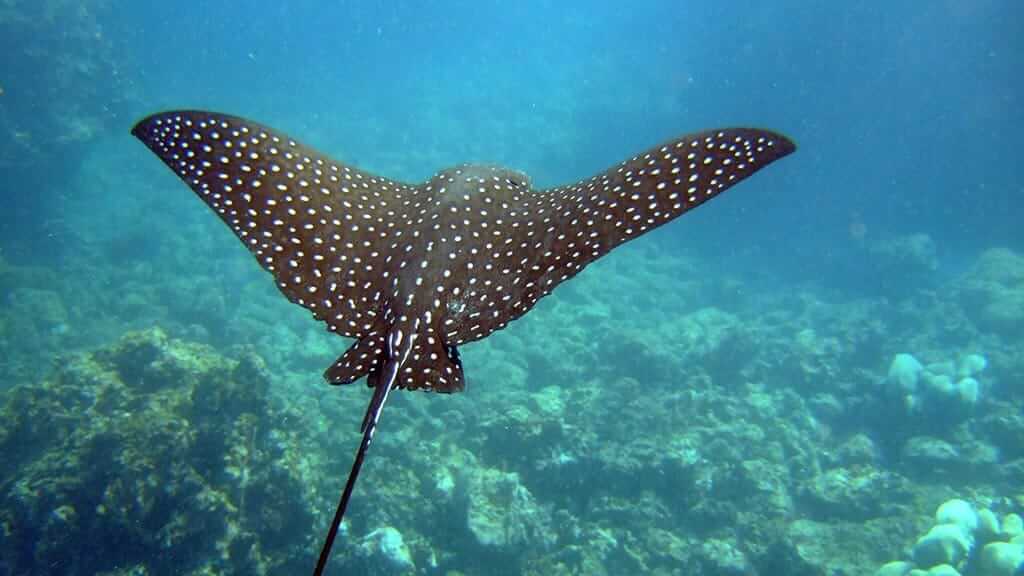 In conclusion, Daphne Major is an extremely important island. Scientific studies carried out here have changed the way we view and understand evolution, making Daphne Major a unique place on the planet. For visitors the underwater experience is wonderfully diverse. While bird watchers can enjoy the high volume of Galapagos sea birds that call this island home. If you are able to travel with a copy of The beak of the finch then even better, to put Daphne Major into true perspective.

Powered by Convert Plus
Dear Customers,