The Tiger Shark is only an occasional visitor to the Galapagos Islands, attracted by warm waters and plentiful food sources, especially during Green Sea Turtle mating season.

It is a member of the Requiem shark species, and the fourth largest shark in the ocean – capable of reaching over 5 metres in length, and weighing as much as 2000 pounds. Their name comes from the vertical stripes running along their body that resemble a tiger, although adolescents tend to have spots. 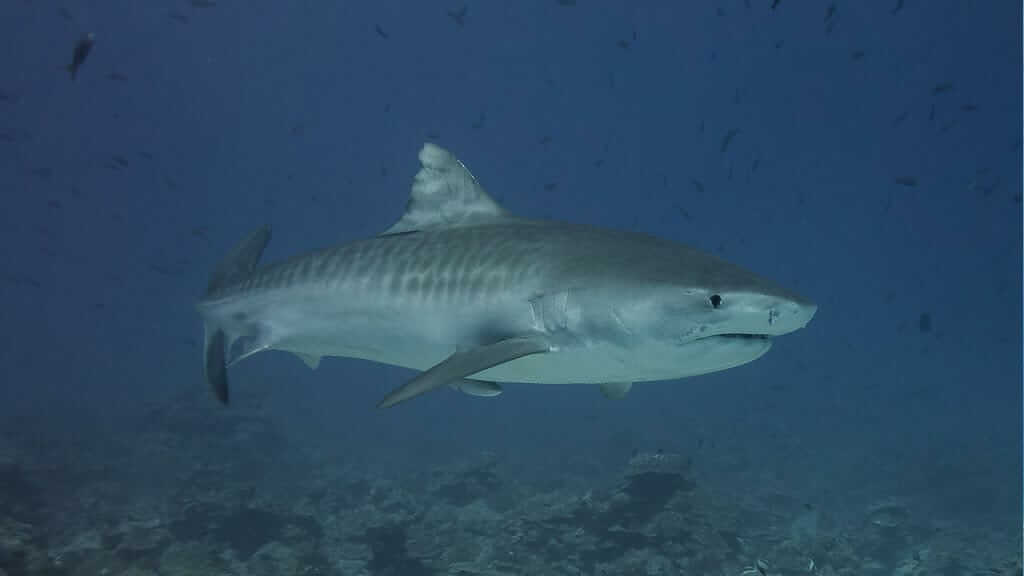 How to See a Tiger Shark at Galapagos?

Where to See Them? Although not a common sight, they may be spotted on diving trips around Darwin and Wolf Islands, or in the Itabaca Channel between Santa Cruz and Baltra islands.

When to See Them: Year-round, with the highest concentration in warmer months from February to June coinciding with Green Sea Turtle mating season.

Tiger sharks are nomads, and visit the Galapagos Islands at different times during the year. As they prefer warm, tropical temperatures, they are most commonly sighted when Galapagos waters are at their warmest between February to June.

Despite their large size, they can swim at impressive speeds of up to 20 miles an hour, easily chasing prey through the reefs and open waters of the islands. The Tiger Shark is a fierce Apex predator, and has the largest food spectrum of any shark species, feeding on anything from fish, turtles, smaller sharks, dead whales, sea lions, fur seals, to sea birds. 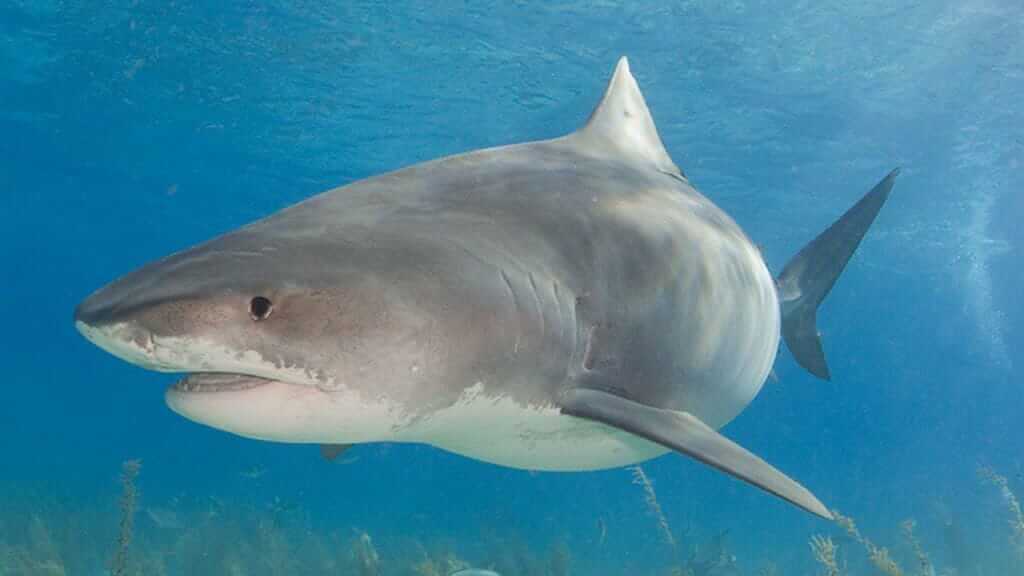 • They use two highly effective adaptations to find their prey. The first are small pits on their snout with electroreceptors to detect small electrical impulses generated by other creatures. The second is a sensory organ on their flanks capable of detecting tiny movement vibrations in the water. These adaptations help the tiger shark to hunt in darkness and detect hidden prey.

• Tiger sharks have a nictitating membrance – a clear eyelid that can cover the eye, providing great underwater vision even in low light conditions. It is partly for this reason that the Tiger Shark is considered to be a sacred spirit in Hawaii, where natives believe that their eyes have special powers of visual perception.

• In 2016, the Galapagos National Park and Charles Darwin Foundation began a program of tagging Tiger Sharks to study their movements inside and outside of the Marine Reserve. One of those sharks, nicknamed Yolanda, was tracked an incredible 600 miles north to the Hess Great Rift near Cocos Islands in Costa Rica. 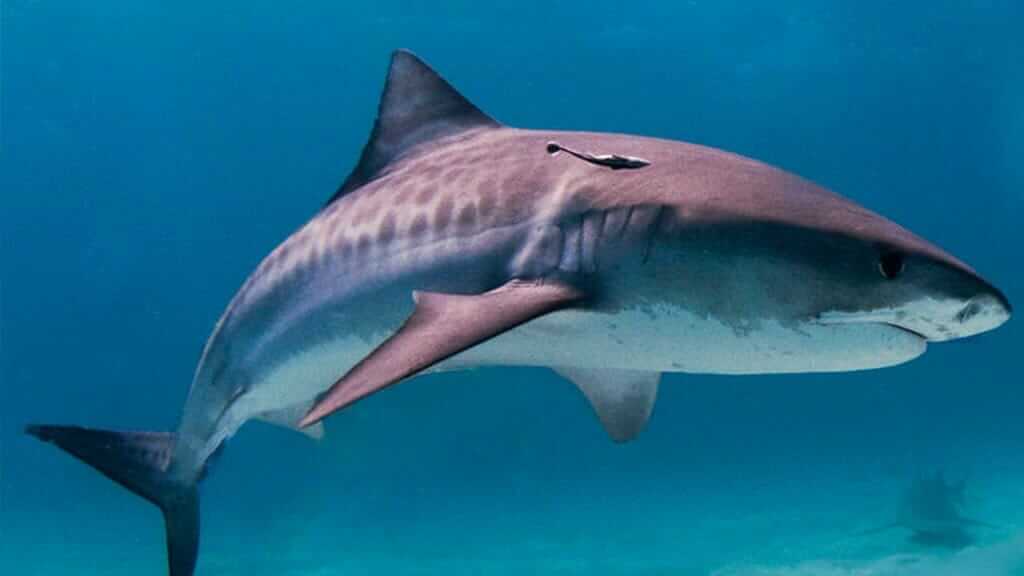 If you enjoyed this blog, then check out our other posts about Galapagos Shark Species, Whales that visit the Galapagos Islands, Galapagos Birds, or Galapagos Animals.