During the last week of June, the Sierra Negra volcano on Isabela Island came to life, erupting after months of increased activity and seismic grumbling. This presents a great opportunity to see an amazing sight in the islands from safe distances that give you an eagle’s eye view of the action.

The volcano sits on the southeastern side of the island, and lava is flowing from fissures into the caldera and to the north towards Elizabeth Bay, away from the main town of Puerto Villamil.

The Galapagos Islands are well-versed when it comes to volcanoes erupting. Their very existence is due to the fact that they sit above a hot spot in the sea floor- a point where the mantle of the Earth gives way to magma, causing underwater eruptions that build up over millions of years until they break the surface.

Most of the islands were formed this way, and when coupled with the shifting plates of the planet-explains the geographic origins of the archipelago. The older islands are those in the east, having shifted away from the hot spot and boasting extinct volcano cones, lava tunnels, and collapsed lava chambers that offer both land and water highlights to explore.

The western islands are still active with volcanic activity as they are they are the youngest and still reside over the hotspot deep under the sea.

Sierra Negra has the second largest caldera in the world-six miles in diameter. When dormant the volcano is a sought after hike, for visitors to the island. Presently the area is closed to visitors and the neighboring communities have been evacuated as a safety precaution. A few fast facts for those concerned about traveling to the islands. 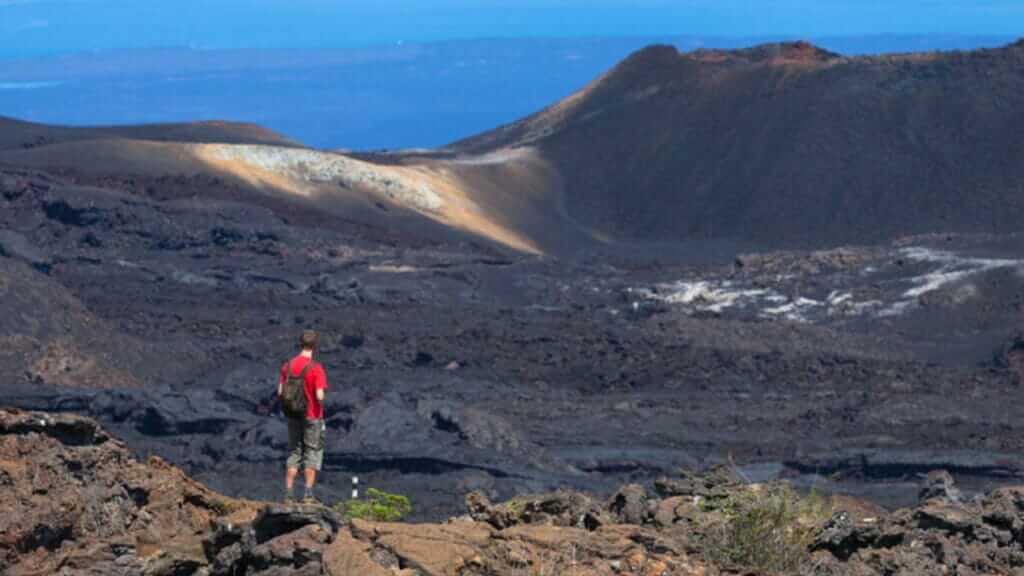 • As of the time of writing, the ash from the volcano is not affecting air travel to and from the major airport on Baltra Island on the other side of the archipelago and well out of harm’s way.

• Isabela is still accessible for those with the island on their itinerary. Los Tuneles, Las Tintoreras, the tortoise breeding center, and Peurto Villamil beach are open to exploring.

• Eruptions in the past, most recently in 2005 and 1979 have lasted from a few weeks to months. Predicting eruptions and their duration isn’t an exact science and researchers from around the world are seizing the opportunity to further investigate the occurrence.

• An Orange Alert is currently in place, meaning that an eruption is underway with minor ash clouds.

• Sierra Negra is one of six shield volcanoes that formed Isabela island. The others are Alcedo, Cerro Azul, Darwin, Ecuador, and Wolf-all except Ecuador are considered active.

• Volcan Cumbres on the neighboring uninhabited Fernandina Island is also erupting-sending lava into the sea as of June 17th. 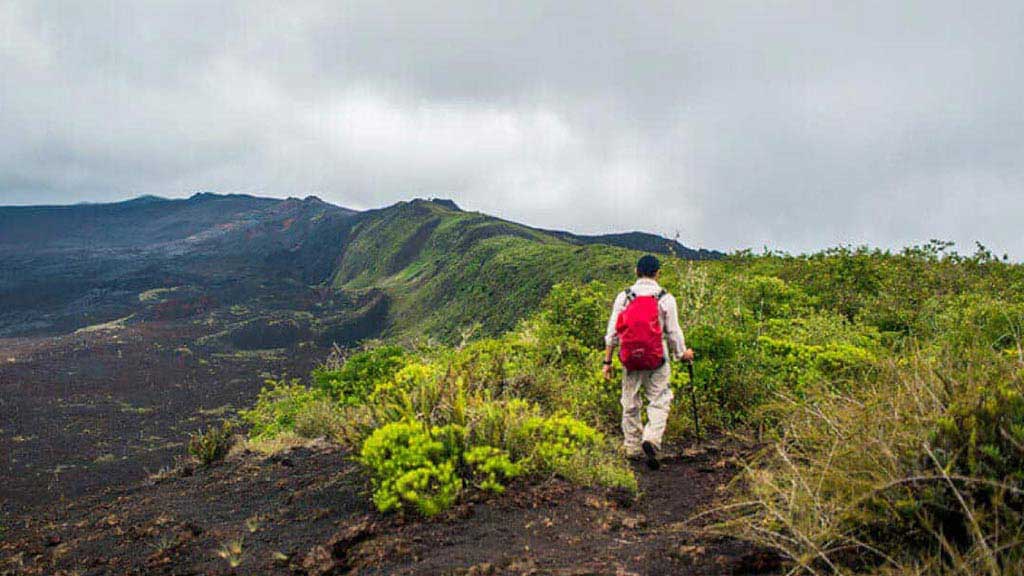 For further information about travel in the Galapagos Islands and Ecuador, contact and member of our team by clicking here.