The Pirates of the Galapagos Islands – Happy Gringo Travel

The Pirates of the Galapagos Islands

During the centuries when the Spanish Empire extended deep into South America, the Galapagos Islands were a safe haven and hideout for pirates and Buccaneers.

The location was close enough to the shipping routes used by merchant and government ships laden with riches and headed home to Spain that it made a good launching pad for attacks. It was also far enough away from the mainland for a clean getaway.

Sites including Tagus Bay on Isabela and caves found on Floreana Island were safe refuge and storage for plunder. Local folklore says that some of the ill-gotten gains of the first people to visit the islands are still hidden in stashes around the islands.

Keep reading to discover the fascinating history of the Galapagos and a few of the notable pirates who visited the islands.

The First Map of the Galapagos-Courtesy of Ambrose Cowley

A twist of fate gave the world its first map of the Galapagos. In1684, John Cook, the captain of the “Bachelor’s Delight” fell ill after a successful conquest. The ship sought refuge in the islands, landing at Buccaneers Bay off of Santiago Island.

Ambrose Cowley, a member of the pirate crew and a man of maps and letters, drew a navigational map of the islands the ship visited, naming eight of the islands for the celebrated Englishmen, fellow pirates, and royalty of his time. 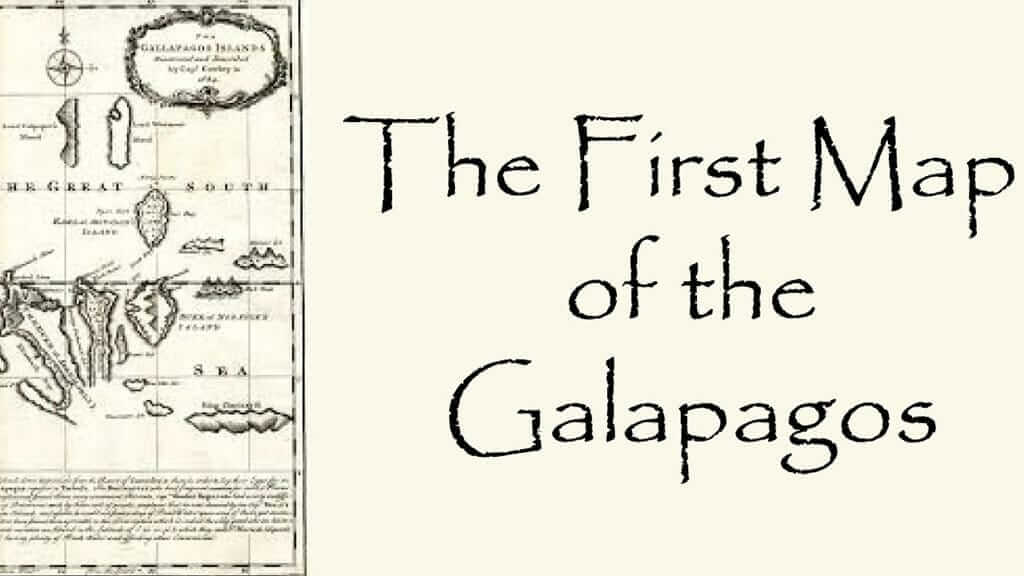 In 1697, more than a century after visiting the islands, William Dampier published his book, ‘A New Voyage Round the World.’ The work, which included detailed observations about the wildlife of the Galapagos, was in Darwin’s collection on board the Beagle when he arrived in the islands decades later.

Dampier was a shipmate of Cowley’s on the Bachelors Delight and spent his time in the islands chronicling the flora and fauna he found. His books and journals were the first in English to document the archipelago and served as inspirations for explorers that set sail for the new world with visions of riches and natural spender. 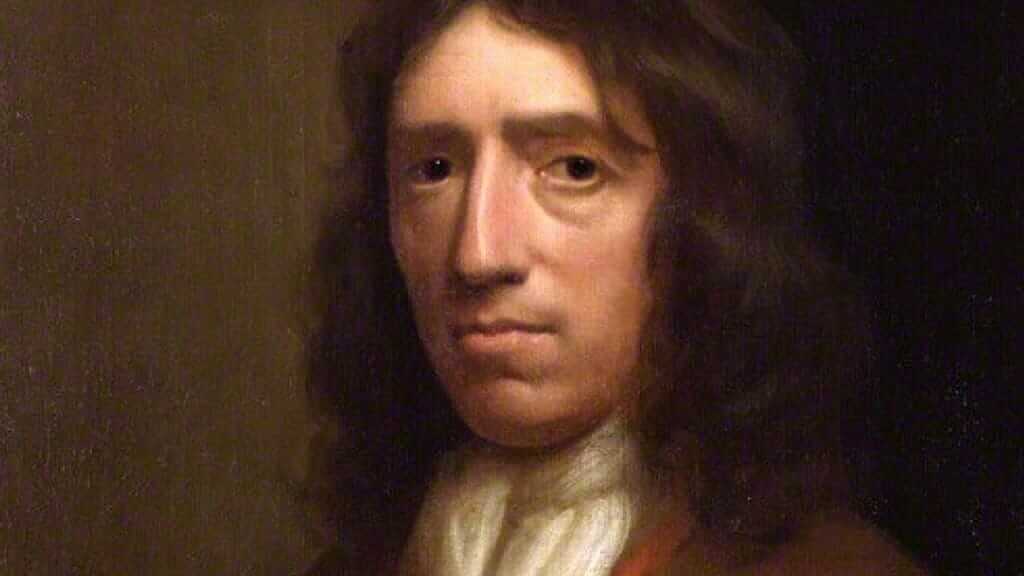 Tagus Cove on Isabela is reached by water, landing at the beach of the calm bay under cliffs that served to protect pirate ships from the prying eyes of the French, English, and Spanish navy.

The cliffs tell a tale, as the names of pirate and whaling ships are scratched into their outcrops.

After landing, there is a trail that ascends to a view of the bay and the lava fields of the nearby Darwin volcano. The lookout served as a century point during the time of pirates; a spot to watch for incoming ships before they reached the shore.

The trail combines a volcanic path with steps to the observation point, and it takes roughly an hour and a half, round trip, to circumvent.

Tagus Cove is a stop on many cruises, and can also be reached by renting kayaks and paddling up the shore. 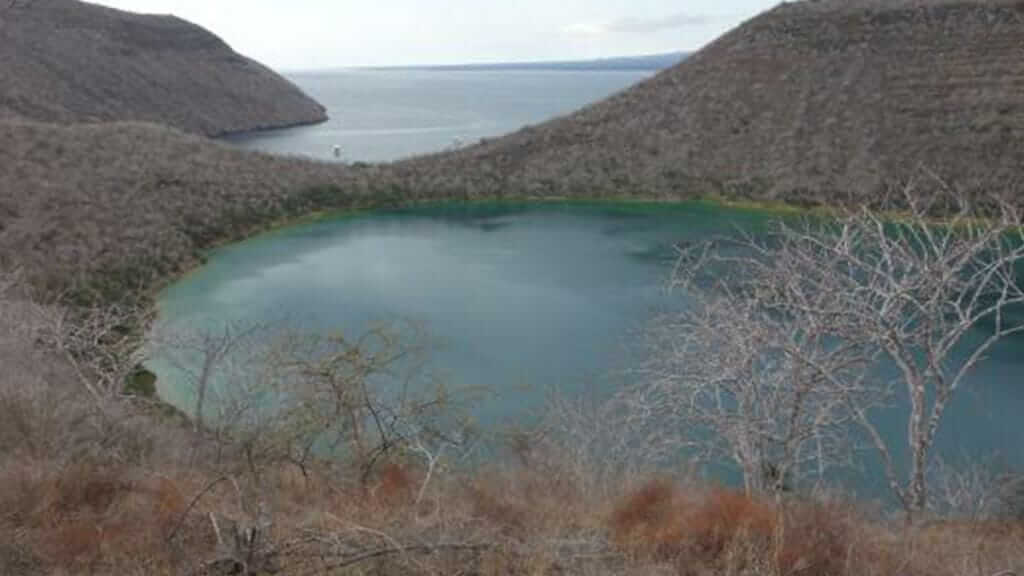 The Pirate Caves of Floreana Island

Throughout the history of the Galapagos, Floreana Island has been a site for the first visitors and settlers. Pirates stopped at the island for freshwater, and to stock up on food in the form of Giant tortoises.

The caves used by pirates as shelter and to store wares are 45-minutes from Puerto Velasco Ibarra, located near the island’s fresh water spring.

The caves proximity to the only source of fresh wáter in the islands and the security provided by the nearby cliffs and outlooks made it a perfect place to hide out. The caves give insight into their lives in the tropics, ancient chimneys and grills telling a tale of nights inside avoiding the weather. 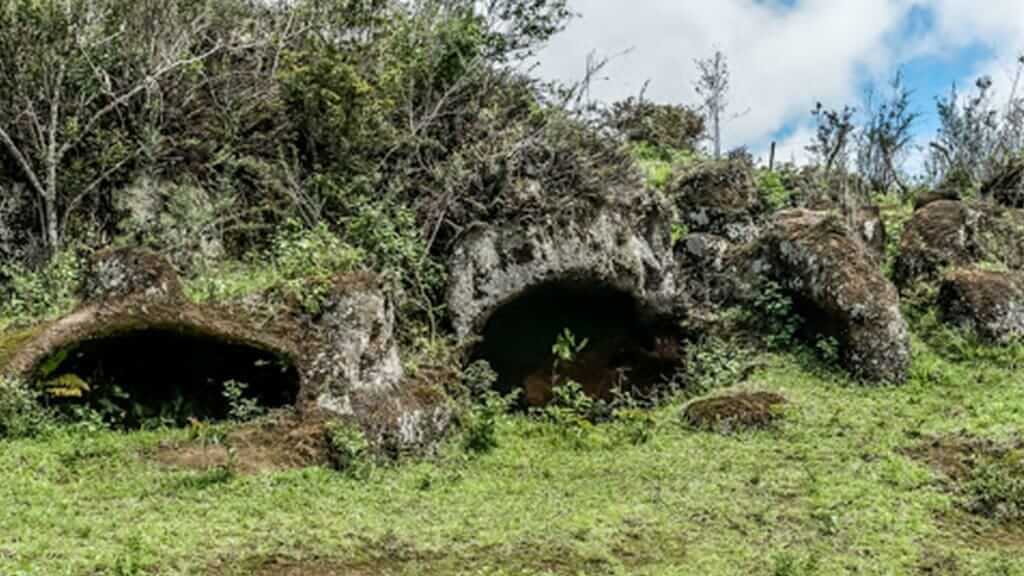 Photo taken from: Ecuador and Galapagos

For information about planning your own adventure in the Galapagos by land and by sea, contact a member of our team through our site or our toll-free number.