Birds that migrate to the Galapagos Islands – Happy Gringo Travel

Birds that migrate to the Galapagos Islands

Each year, there are several species of birds that migrate to the Galapagos Islands, who fly in for the season. These two-winged adventurers flock to the hot spots, including the Waved Albatross, which arrives in March to Española Island for one of the largest gathering of its kind in the world.

The Wandering Tattler is found around the archipelago alongside shallow bodies of water and along the shores of the major inhabited and uninhabited islands. They arrive from the far reaches of the arctic circle, Russia, Alaska, the California coast.

They feed on crustaceans, insects, and worms-wading in the water and bobbing up and down after their prey.

Their coast and wings are grey, and their chest is a checkerboard of grey and white coloring. 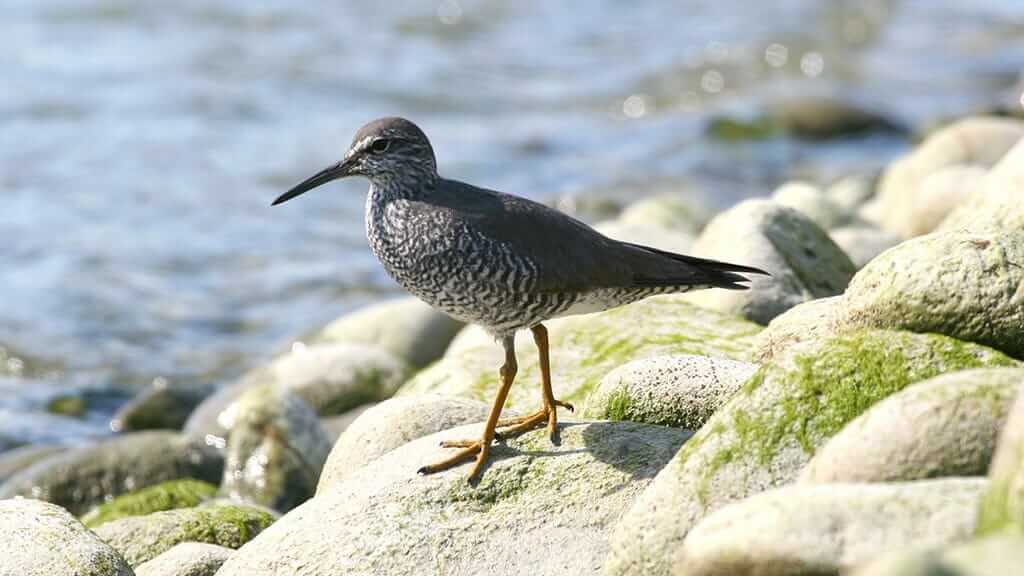 Both Galapagos and Black petrels spend time away from the islands each year. The Galapagos petrel leaves the islands after mating season and spends most of the offseason foraging at sea. Females also spend a few weeks away feeding at sea before returning in May and April to mate and lay eggs.

Black petrels take residence in the islands beginning in June after arriving from New Zealand to spend the following months feeding in the thriving waters of the Galapagos Islands. 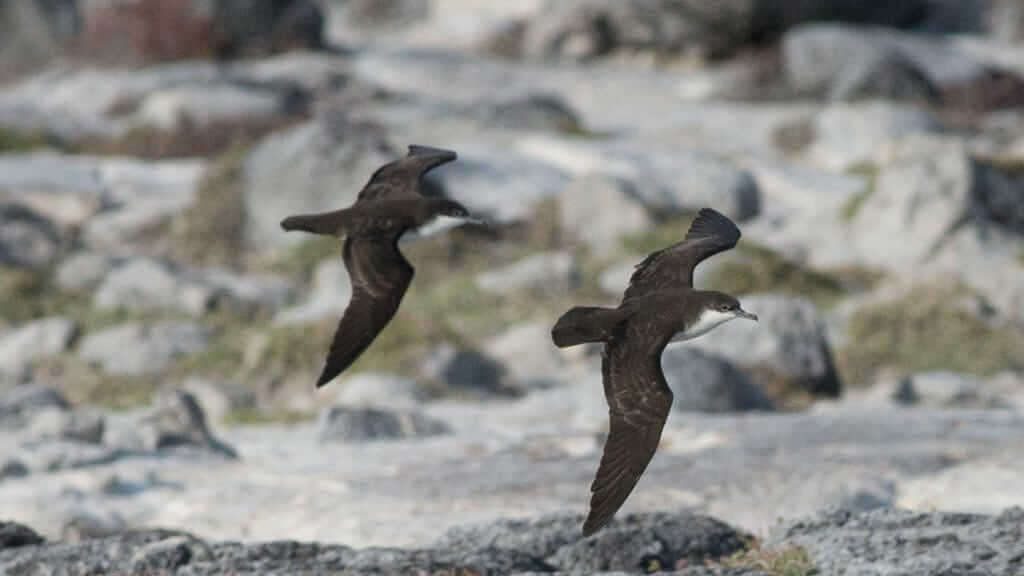 While Great Frigatebirds live year round in large numbers in the Galapagos, including colonies on North Seymour and Genovesa Island, they spend most of their time at sea when not mating.

The birds are among the largest in the islands, using a six-foot wingspan to glide at heights rivaling the peaks of the Rocky Mountains.

Research has shown that they can travel up to thirty miles without beating their wings, can sleep in the air for brief periods of time, and stay in flight for up to two months at a time.

Their mating rituals are a rite of passage for those who visit the islands. Males inflate a red pouch under their chins to the size of a basketball to attract a mate-seen in the interior of the islands alongside trails and in low-lying trees and brush. 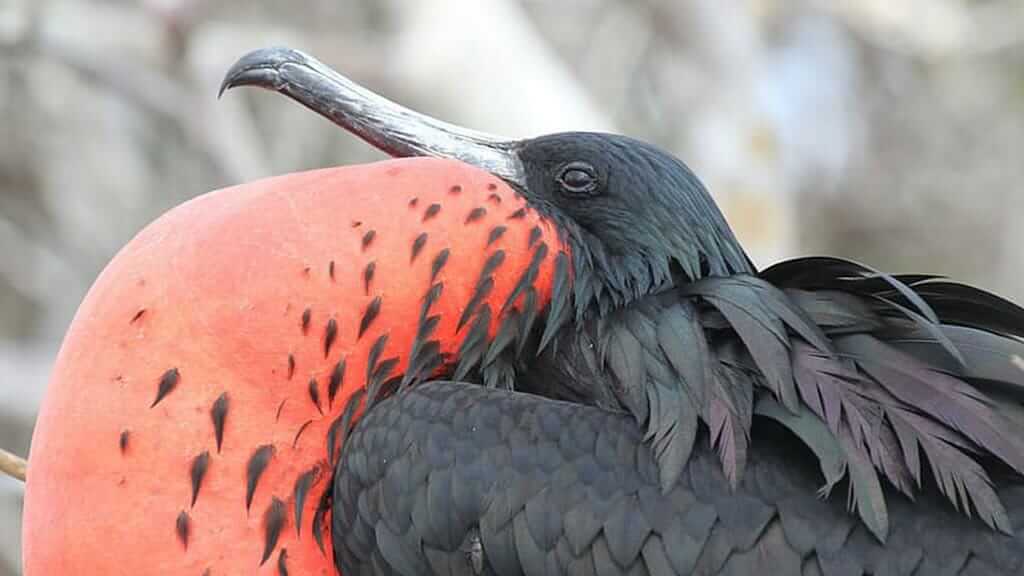 Representing the British Isles and Scotland during the winter months is the whimbrel. The long-beaked, elegant bird is seen along the shoreline, wading in shallow waters or scavenging from crabs in the sand and volcanic crevices on shore. The bird has intricate plumage, alternating brown and white with a chain mail pattern across the chest. It’s also recognized by its call, a trembling series of shrieks that evolve into a cheerful melody. 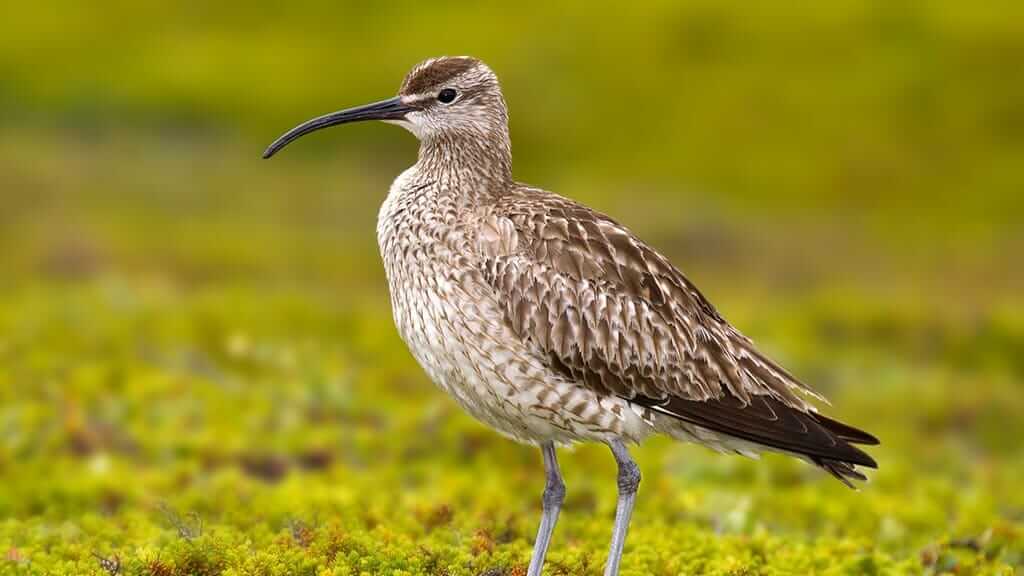 The sanderling spends the summer months beachside and along the shores of the Galapagos after arriving from the artic. Feeding and nesting within a stone’s throw if the sea, the small brown and white birds forage for mole crabs and invertebrates before heading further south in August each year. 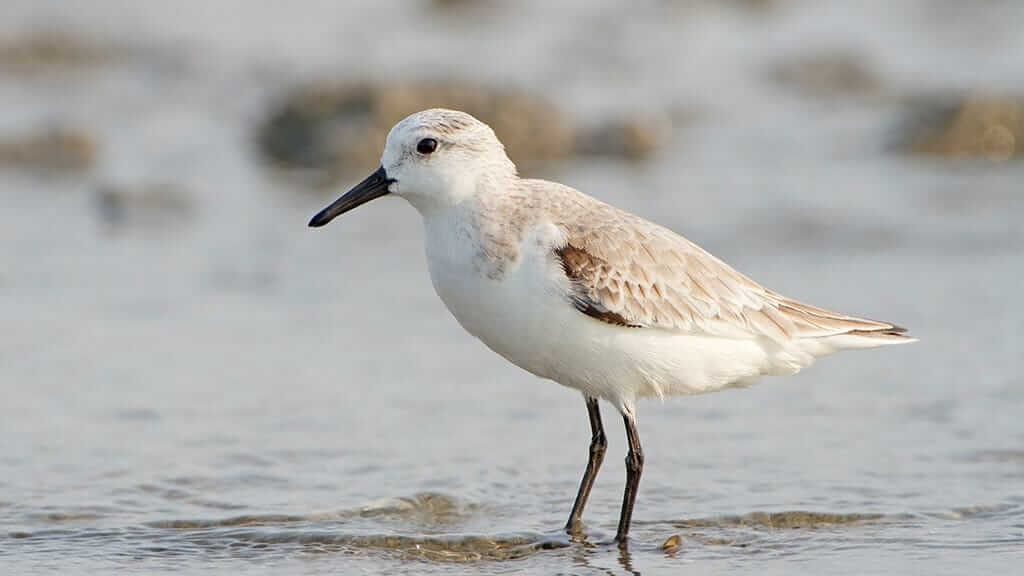 Showing off a white body with brown feathers on their wings and a black mohawk, and a tan neck, red-necked phalaropes take refuge in the islands from the arctic regions of Europe and North America. It’s found in the open water and feed on plankton that is drawn out by spinning in the water. 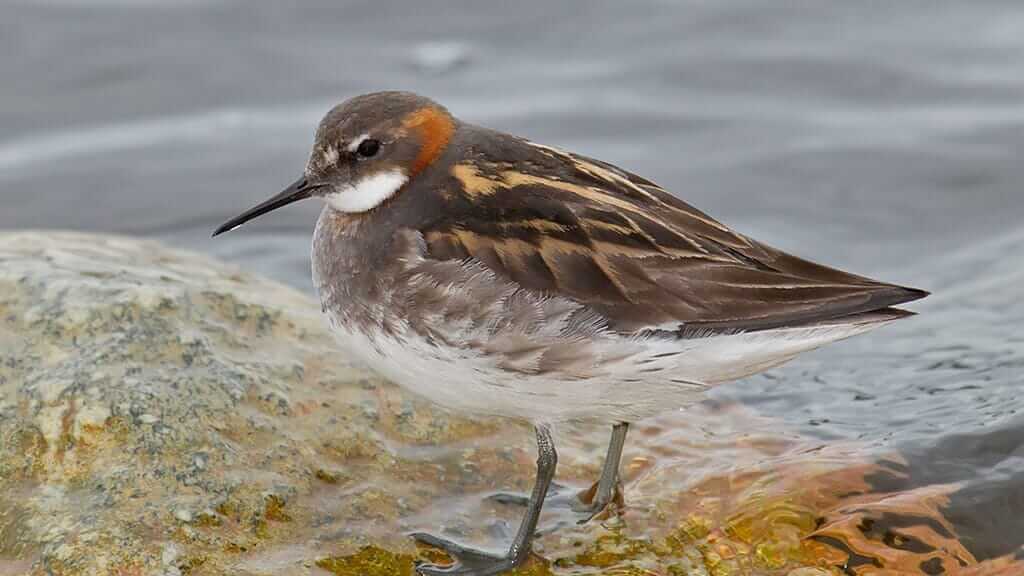 Arriving from Northern Europe in August and leaving again in the spring of the following year, the Ruddy Turnstone has a brown band around its neck, brown wings and back, and a white chest and belly. They are beach lovers and found along the beaches of landing sites around the archipelago.

Arriving each year after breeding in western Alaska, Ellesmere Island, Greenland, Norway, Denmark, Sweden, Finland, Estonia, and northern Russia, Rudy Turnstones are also sun lovers that flock to the beaches and coasts of the islands.

Their wings are brown and white, switching colors in a spotted pattern that gives way to a white body and black breast. 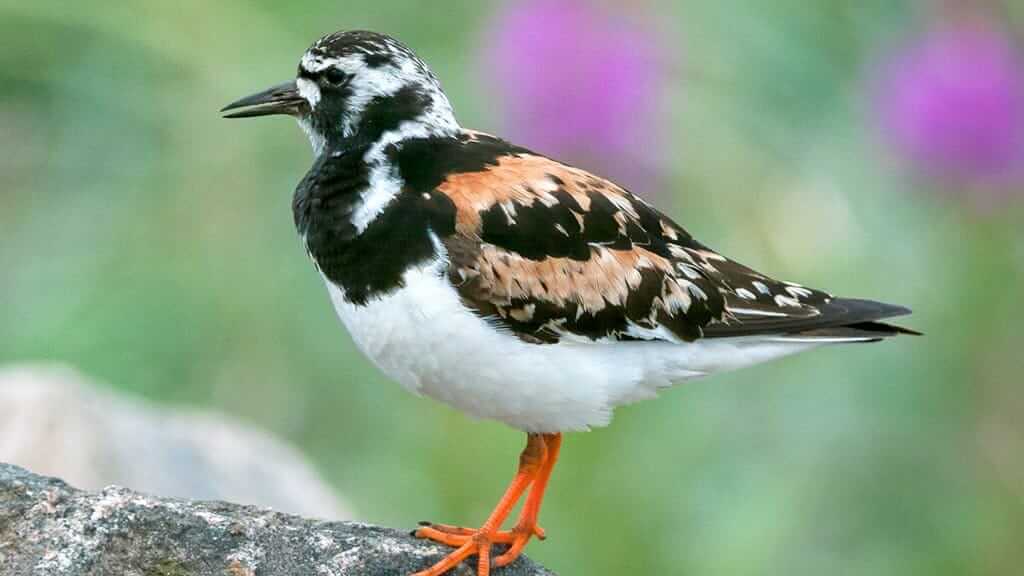 For more information about your options for land-based and cruise trips through the Galapagos Islands, contact a member of our team using our toll-free numbers or the contact form on this site.